Turandot –The opera's story is set in China and involves Prince Calàf, who falls in love with the cold Princess Turandot. To obtain permission to marry her, a suitor has to solve three riddles; any wrong answer results in death.

The Prince tries to convince Turandot to love him. At first she is disgusted, but after he kisses her, she feels herself turning towards passion. She admits that, ever since he came, she had both hated and loved him. She asks him to ask for nothing more and to leave, taking his mystery with him. The Prince however, reveals his name, "Calàf, son of Timur" and places his life in Turandot's hands. She can now destroy him if she wants. Turandot and Calàf approach the Emperor's throne. She declares that she knows the Prince's name: Diecimila anni al nostro Imperatore! – "It is ... love!" The crowd cheers and acclaims the two lovers (O sole! Vita! Eternità).

Siegfried, is the third of the four operas that constitute Der Ring des Nibelungen (The Ring of the Nibelung). This part of the opera is primarily inspired by the story of the legendary hero Sigurd in Norse mythology.

Siegfried enters the ring of fire, emerging on Brünnhilde's rock. At first, he thinks the armored figure is a man. However, when he removes the armor, he finds a woman beneath. At the sight of the first woman he has ever seen, Siegfried at last experiences fear. In desperation, he kisses Brünnhilde, waking her from her magic sleep. Hesitant at first, Brünnhilde is won over by Siegfried's love, and renounces the world of the gods. Together, they hail "light-bringing love, and laughing death."

As the archetypal example of the polymathic, intellectually omnivorous “Renaissance man,” he not only attained mastery of a wide range of disciplines, but did his most impressive work in the spaces between them. Given the voluminousness of his output (not to mention the technical limitations of fifteenth-century Europe), many of his multiple domain-spanning ideas and inventions never became a reality during his lifetime. However, just this year, 494 years after Leonardo’s death, we now have the chance to see, and more importantly hear, one of them: the viola organista, an elaborate musical instrument that had previously only existed in his notebooks.

We owe this thrill not just to Leonardo himself, who left behind detailed plans for the (to him, purely theoretical) construction of such devices as this behind, but to a reported 5000 hours of physical effort by Polish concert pianist Slawomir Zubrzycki, who actually put the thing together.

You can read more at the Sydney Morning Herald, whose article (on “Leonardo Da Vinci’s wacky piano“) quotes Zubrzycki: “This instrument has the characteristics of three we know: the harpsichord, the organ and the viola da gamba,” and playing it, which involves hitting keys connected to “spinning wheels wrapped in horse-tail hair,” and turning those wheels by pumping a pedal below the keyboard, produces exciting unusual waves of cello-like sounds. 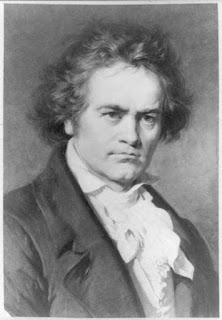 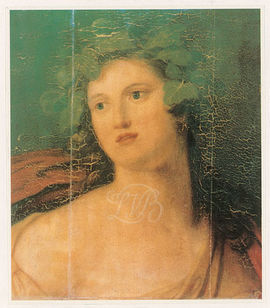 Probably the most important woman in the life of Ludwig van Beethoven, as documented by at least 15 love letters he wrote her where he called her his “only beloved”, being “eternally devoted” to her and “forever faithful” was  Countess Josephine von Brunsvik. Given that there is no other similar evidence that he might have been in love with any other woman, she is generally considered to be the most likely recipient of the mysterious “Letter to the Immortal Beloved”

Josephine came from an aristocratic family of amateur musicians who lived in a magnificent castle near Budapest. She and her sister Therese were brought to Vienna in 1799 for private piano lessons with Beethoven. His feelings for her are documented in at least 15 love letters penned over a long period. Although she appears to have been attracted to the great composer and moved by his devotion, the surviving correspondence indicates that things never progressed beyond close friendship – family pressure and her suitor’s lack of title and social graces may have had something to do with it.

Josephine married twice: first to the much older Joseph Count Deym, with whom she had four children. When he died in 1804 Beethoven resumed his advances, seeing the young widow far more frequently than decorum permitted. At this most intense period in their relationship, the composer was writing the jubilant finale of his opera Leonore (later revised as Fidelio), a work exalting a virtuous wife and the power of married love. The most tempestuous sonata of his middle period, the Appassionata, was written during this time and dedicated to Josephine’s brother Count Franz von Brunsvik.


By 1810 Josephine had re-married, and her union with Baron von Stackelberg proved an unhappy one.

Beethoven composed the song An die Hoffnung (To Hope) and the piano piece Andante favori as musical declarations of love. He seems to have carried the torch for a long time: it is widely thought that Josephine is the subject of his famous, tormented letter to The Immortal Beloved, written in 1812: “…you know my faithfulness to you, never can another own my heart, never – never – never…” 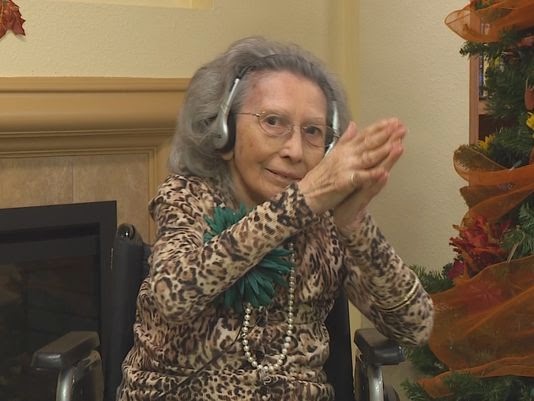 There's a powerful connection between music and memory. So much so, there's a program named just that -- It's tough to have a conversation with Socorro Kennedy, better knows as Miss Cora. She's 90 with dementia and often sits quietly all day.

That is, until the music in a pair of ear phones is turned on.

"She comes alive when you put that music on, from her toes to the top of her head," Naomi Mathes said.

The oldies playing are specifically researched and chosen for her, based on family interviews. Then they're tested and a full playlist is set.

Mathes is part of the Juliette Fowler Communities. She says music primes your brain to get active again.

"Music is one of the last things to leave that is connected with emotions and memories and is stored in multiple parts of the brain," she said.

Listening to music stimulates Cora's brain so much, she now responds to conversations. She even speaks full, recognizable words.

Although Cora wants more, Mathes said they have to limit her time with music or she will wear herself out.

Mathes says the ear phones are key. Blaring the music on a speaker comes with too many distractions and doesn't have the same affect.

With headphones, Cora gets lost in the moment -- proving that there's much joy left to share -- thanks to every beat, tap and clap.