Are you good at putting yourself in someone else’s shoes? Then there’s a good chance that you enjoy R&B. If, instead, you are drawn to take things apart to understand how they work, you likely prefer punk music.

That’s the conclusion of a new study on how musical tastes relate to cognition. “We wanted to address this longstanding question, Why do people like the music that they do?” says study author David Greenberg. “Because you could have one person, for example, who loves Metallica or Rage Against the Machine and then another who would rather listen to Joni Mitchell or Bob Dylan.” 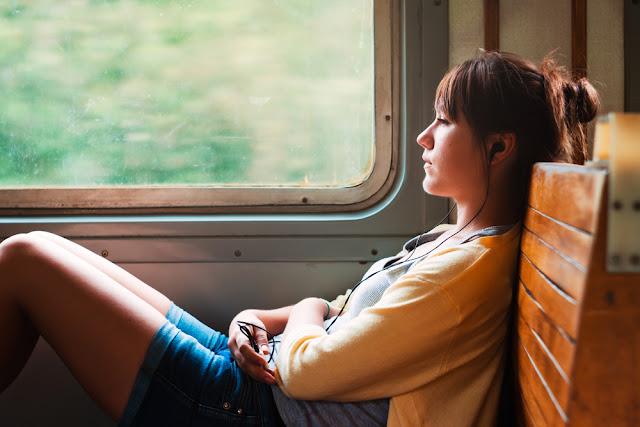 The study, published in July, 2015, in the online journal PLOS ONE, shows that the way someone thinks – his or her cognitive style – is a better predictor of the songs they’ll like than is their personality type.

However, another way of looking at people’s minds is via so-called cognitive style, which ranges from empathetic to systemizing. Empathizers, on the one hand, are strongly interested in understanding others’ emotions and thoughts. At the other extreme, systemizers are more adept at identifying patterns and analyzing systems.

For the study, over 4,000 participants completed online questionnaires rating their agreement with such statements as “I can pick up quickly if someone says one thing but means another” or “If I were buying a stereo, I would want to know about its precise technical features.” Based on their answers, participants were scored somewhere on the spectrum from empathizer to systemizer. (You can take the test yourself here.)

The participants then listened to 50 musical excerpts, across a range of genres and musical dimensions. They ranked them on a scale from 1 (dislike extremely) to 9 (like extremely).

When they analyzed these results researchers found that empathizers were more likely to enjoy mellow music, such as R&B/soul, adult contemporary, and soft rock. Meanwhile, systemizers enjoyed more intense music, including punk, heavy metal, and hard rock. These traits better predicted musical tastes than any of the five standard personality traits.

And the findings held true even at very granular levels within a given musical genre. For example, highly empathetic individuals preferred mellow rock over intense rock, selecting Jeff Buckley’s “Hallelujah” over “Sabotage” by the Beastie Boys. The opposite was true for the systemizers.

The findings make sense in light of how we relate to music, both connecting with it emotionally and analyzing its composition. Empathetic individuals were inclined towards songs that were relaxing and melancholy, while systemizers enjoyed the fast-paced and complex examples.

Daniel Levitin, a musician, neuroscientist, and author of This is Your Brain on Music, feels that this study fits nicely into our broader understanding of how personal qualities shape our artistic inclinations. “This is situated within a series of studies that are pointing to the relationship of personalities and now brain styles… to an underlying aesthetic sense,” said Levitin. “Things that seem to have nothing to do with music can help us better understand musical preferences.”

Email ThisBlogThis!Share to TwitterShare to FacebookShare to Pinterest
Labels: music and the mind, musical tastes 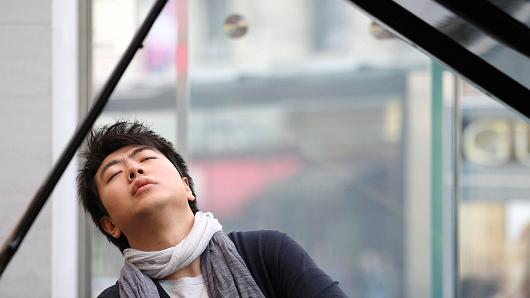 RAZ: Lang Lang is a world-renowned concert pianist, and his love of Liszt is well-known. As a matter of fact, his new album is called "Liszt: My Piano Hero." He first heard Liszt's music as a 2-year-old while watching a famous television duo.

LANG LANG: "Tom and Jerry," and they were playing the Liszt Hungarian Rhapsody No. 2, and I got fascinated.

RAZ: So you're watching "Tom and Jerry" play Liszt.

RAZ: Oh, actually, Liszt was playing behind them rather.

LANG: Yeah, and I thought it was such exciting music. So he really lead me into a professional pianist.
RAZ: What is it about Liszt's style that appeals to you so much as a performer?

LANG: He is a real piano god, so he make piano sound like entire orchestra. And he has this amazing technique like nobody else. At the same time, he brings passion and love and heart.

RAZ: You have said, Lang Lang, that as a composer, Liszt actually opened the door to modern music. How so?

LANG: The piano as an instrument was pretty weak that time. So Liszt is totally a monster at the piano. You know, he create such difficult pieces. So he always destroy pianos during the concerts.

RAZ: He actually destroyed them? He broke them?

LANG: Yeah. And because of his technique and his incredible power, piano as an instrument had a revolution and became much better instrument and much more solid.

RAZ: It's rare that Liszt comes up in, you know, top 10 lists of great composers of all time or - and I'm wondering why you think that is?

LANG: He focus a lot on piano music, not on many other instruments. Not like Beethoven or Mozart or Tchaikovsky, you know? They are more - they grow not only great piano work, but also symphonic work, tremor music - a bit like Paganini, you know? I mean, Paganini is famous for violin only, and Liszt is that type of composer - for piano

LANG: Absolutely. Liszt - when Liszt was a kid, he saw Paganini playing at violin, and he said that I'd like to be the Paganini on a piano.

LANG: Absolutely. Playing Liszt, you need to put all your emotions and also very physical. I mean, his music - Paganini - it used La Campanella. It's very, very demanding. I mean, I exercise before I record this album.

RAZ: Lang Lang, I know you're performing Liszt's Piano Concerto No. 1 with the Philadelphia Orchestra tonight. And I'm looking through your - the liner notes of your new CD, and there's a photograph of you at the piano looking pretty good, man. You got like lasers coming out of your fingers at the piano. So I'm wondering, do you expect any Lang Lang-o-mania to break out tonight?

LANG: It will be quite hard, and the piece is very hard. So maybe you will see laser light but through music.

RAZ: You got any bodyguards on stage, or are there going to be, you know, audience members jumping up on stage to get locks of your hair?

LANG: Well, you know, for Philadelphia, I think we are pretty safe.

RAZ: That's Lang Lang. He's one of the most in demand concert pianists in the world. His new album is called "Liszt: My Piano Hero." And his hero, Franz Liszt, was born 200 years ago today. Lang Lang, thank you so much.

LANG: Thank you. Thank you, Guy.

The Kaisatsuko was invented by Yuichi Onoue of Tokyo, Japan. The Kaisatsuko does not use a bow to vibrate its two strings, usually employed with fiddle-like instruments. Instead, a small hand crank spins a nylon wheel, which vibrates the two steel strings, producing a sustained drone sound of both strings. The rotating wheel acts like a mechanical bow, a technique similar to the the Hurdy Gurdy, invented before the 11th century.

The bazantar is a five string double bass with 29 sympathetic and 4 drone strings and has a melodic range of five octaves. It is designed as a separate housing for sympathetic strings (to deal with the increased string tension) mountable on a double bass or cello, modified to hold drone strings.

The cymbalum, cymbalom, cimbalom (most common spelling), ?ambal, tsymbaly, tsimbl, santouri, or santur is a type of hammered dulcimer found mainly in the music of Hungary, Romania, Moldova, Ukraine, Greece and Iran. In Czechoslovakia it was also known as a cimbal. One composer who made use of the cimbalom was Zoltán Kodály. His orchestral suite, Háry János, made extensive use of the instrument and helped make it well known outside Eastern Europe. Igor Stravinsky was also an enthusiast, and he owned one, and included one in his ballet Renard.

Located deep in the Luray Caverns in Virginia’s Shenandoah Valley is the Great Stalacpipe Organ, the worlds largest musical instrument. Stalactites covering 3 1/2 acres of the surrounding caverns produce tones of symphonic quality when electronically tapped by rubber-tipped mallets. This most unique, one-of-a-kind instrument was invented in 1954 by Mr. LeIand W. Sprinkle of Springfield, Virginia, a mathematician and electronic scientist at the Pentagon.

The event is coordinated by Robyn Spizman Gerson and inspired by musicologist and beloved classical music teacher Dr. Warren Woodruff and his book “Dr. Fuddle and the Gold Baton” (soon to be a major movie).

Gerson has assembled a world-class team of talent by pulling together Woodruff, Thomas Ludwig of the Beethoven Chamber Orchestra, Lynn Stallings of the Atlanta Workshop Players and Maniya Barredo of the Metropolitan Ballet Theatre to raise the curtain for  “Beethoven to Broadway” to benefit Children’s Healthcare of Atlanta.

The idea was initiated and fully funded by Greenbaum, who is dedicated to a legacy of support for medically fragile children.

“During the High Holiday time of self-reflection, I thought about the passion for my own grandchildren and others who are less fortunate,” he said. “I have enough to live on and the rest to do good with. My father stepped up to the plate to help others ever so quietly. That is my legacy. Music is healing. And as Dr. Woodruff says, ‘One note can make a difference’ for these medically fragile children.”

Melisa Morrow, a CHOA development officer, said, “Greenbaum’s generosity thus far has developed in his honor a rehab room where families can stay while recovering children learn how to function. We’re currently evaluating this year’s Greenbaum project.  It may involve advancing technology. Greenbaum knows that CHOA is a nonprofit where all children are treated equally.”

“We’ve already sold 500 tickets and secured 50-plus world-class children ages 6 to 16 performing an amazing program of orchestral strings, pianos and dancing,” Gerson said. “Greenbaum is generously covering 100 percent of the expenses so all revenues can go directly to the children. He is an angel in disguise.”

She added: “This is one of the most meaningful things I’ve ever done. We’ve raised WAY over half a million dollars in just two years. One of the many impressive performers is 8-year-old Angelica Hale, who received a kidney from her mom. Her Streisand-esqe emotion is amazing; she recently sang the national anthem at the U.S. Open. The children are appearing on Channel 11 with astounding responses for a sneak peek.”

The chairs for the event include Marianne Garber, Alvaro Arauz and Linda Suvalsky, who are backed by such generous supporters as Sara Blaine and Mendel Rotenberg of eSBe Designs, who created a bracelet in honor of Children’s Healthcare.

“So many people have been touched by Children’s … from a broken arm to a heart transplant,” Gerson said. “The bottom line is you’ll want to bring the family to this event. These kids will knock your socks off.”

The VIP reception before the show is sold out, but a few more spots could be reserved for generous contributors. Regular-admission tickets are $30.