How Music Improves the Lives of Children 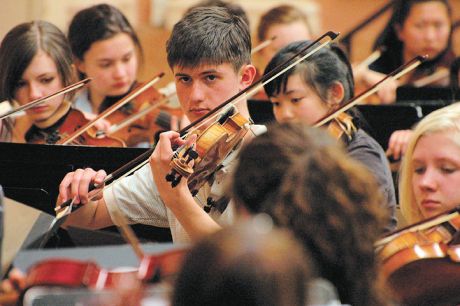 As research acknowledges the benefits that music brings to children and teens, a moral dilemma exists in American communities. Many schools can no longer afford to offer music programs for children. For those living in poverty, the access to music training is often nonexistent. Will we become a nation where only the wealthy can afford music lessons for youth? Or will we use the power of music to increase children's success in life and raise them out of poverty?

Americans are beginning to take action.  Last year, one community took on a challenging mission, to bring classical music training to children in a migrant farming area of California.  Few of the children's families spoke English, and their community had been designated a High Intensity Gang Area. The new program, Youth Orchestra Salinas (YOSAL), is a collaborative partnership of community leaders.  The program is demanding. Children attend lessons and group practice five days a week, three hours each day.  Participation is voluntary and free for all students. In less than a year, more than 80 children became regular participants. Already, improvements in school attendance and achievement are being noted.

El Sistema, the program on which YOSAL is based, began more than 35 years ago in a parking garage in Venezuela by Dr. Jose Antonio Abreu. Since its meager beginnings, El Sistema has grown to include many "nucleo" orchestras that now teach ensemble music to 300,000 of Venezuela's poorest children, demonstrating how music can positively change the lives of a nation's youth and the communities to which they belong.

Over three decades ago in Venezuela one man dreamed of a better world for children living in poverty: “give children musical instruments and they will never carry a gun: teach them to play classical orchestra music and they will learn how to live a meaningful life. “

That man was Dr. Jose Antonio Abreu. Dr. Abreu gathered 11 children in a parking garage in Caracas, Venezuela to play classical music. The organization and its many nuclei orchestras now teach ensemble music to 300,000 of Venezuela’s poorest children, demonstrating how family-school-community partnerships in the arts can positively change the lives of a nation’s youth and the communities to which they belong.

The Emotional Power of Music 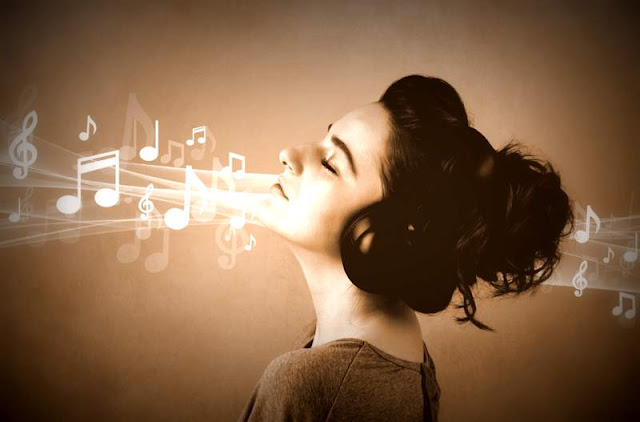 Stevie Wonder sang, "Music is a world within itself, with a language we all understand...." Music is like a language, all on its own, with or without words. Music has been described as "the language of the soul".

Music springs from the deepest emotions within the soul, and with or without lyrics, music conveys a message, deepest feelings and emotions. It is a world beyond our world. It is a reality, at the same time, a fantasy.

Of course, the musical experience goes beyond simply listening to it; as an exercise in creativity and as a social activity, music involves considerable emotional and cognitive investment, whether it be composing music or performing it. Despite its widespread presence and importance in many cultures, music's effects on the human mind are only just beginning to be understood.

The search for answers into music’s impact on the human mind has attracted scholars and researchers from a wide array of disciplines, including computer science, musicology, anthropology, and psychology. From its effects on depression and social attitudes, to research on its benefits in education, music psychology is an exciting exploration of the magic that is music, and its influence on the mystery that is the human mind. 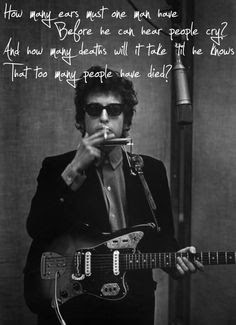 Given the amazing ability of music to express the complex emotions of human beings, it is not surprising that music plays an important role in the creation and maintenance of social groups and subcultures. Throughout history, people with common goals, ideas and belief have bonded together, and the music of this subculture is an important rallying point for them, and often expresses their beliefs.

Examples are too numerous to mention, but the Civil Rights movement of the 1960s inspired many anthems of freedom that will be forever associated with it, such as "We Shall Overcome" and "Blowing in the Wind". The hippie movement of that same decade revivified interest in folk music, as young people harkened back to a more innocent time, and the intense grooves and loudness of rock 'n' roll music echoed a younger generation’s desire to be heard and seen. 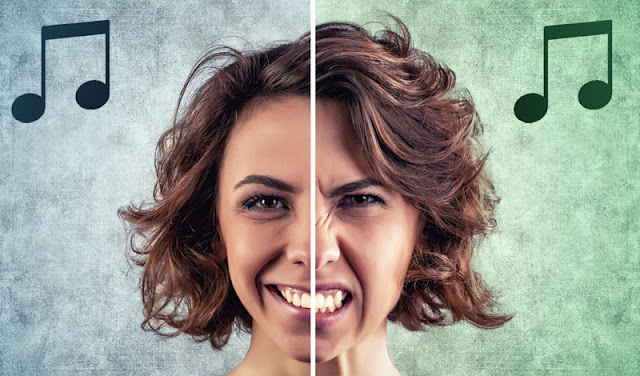 Research has shown that music has a very strong influence on moods and emotions. Music can certainly change our current emotional state, create different trains of thought, and even convey ideas to its listeners. This is true for people of all ages and walks of life.

Our moods are deeply affected by the type, intensity and amount of music we listen to. People with volatile temperaments often become calmer after listening to relaxing music. Conversely, more phlegmatic people can be energized by upbeat music. For example, pop music is used in exercise classes to maintain energy flow and interest. The motivational force of influence of music on mood cannot be overstated. 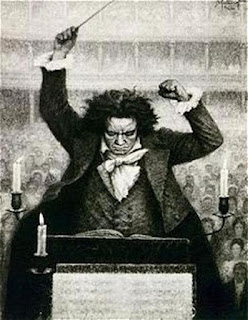 Music can also make us sad, or even depressed. Depending on the emotional state of the listener or composer, music can even be a negative influence. It is interesting to note that many famous composers showed an enormous range of emotions. The composer Ludwig Van Beethoven was known to pound the piano so passionately that he broke its strings! Genius personalities such as Beethoven often show intense emotional sensitivity, and one might speculate that this great emotional range is needed to compose great music.

The correlation between creativity and bipolar disorder (artists, musicians, and writers being more likely to have bipolar disorder) is a further illustration of the fascinating link between music and human emotions. The psychology of music is deeply emotional. We internalize what we listen to, allowing the emotions of the composer and the musicians to become our own, thus establishing a connection with the composer and performers.

Both the lyrics and the music itself are involved in this bonding process. The more we listen to a piece, the more we begin to internalize and identify with it.

As this process of listening to and identifying

Email ThisBlogThis!Share to TwitterShare to FacebookShare to Pinterest
Labels: emotional power of music, music and emotions, music and the mind

Is the Composer of Adagio in G Minor Tomaso Albinoni or Remo Giazotto?


The Adagio in G Minor for Organ and Strings has been popularly attributed to Tomaso Albinoni (1671-1751), a Venetian baroque composer who wrote at least 81 operas as well as many instrumental works.  Nine collections of his works were published during his lifetime, and his works were favorably compared to his contemporaries Vivaldi and Corelli. 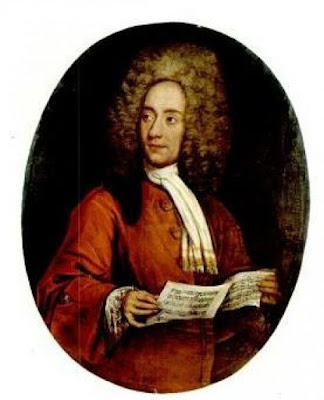 This hauntingly beautiful piece of music has been in the soundtrack of at least 20 movies (including Dragonslayer, Rollerball, Flashdance and Gallipoli), many popular TV shows, and throughout the years has been rendered by at least 10 modern pop and rock groups.

Unfortunately, much of his music was lost during the bombing of Dresden in 1945. Since then many musicologists have had to reconstruct his lost music from fragments of it found in Dresden archives.

Musicologist, music critic and composer Remo Giazotto was trying to systematically catalogue Albinoni's works, and asked the Saxon State Library of Dresden to send him the scraps of what was left of Albonini's “Trio Sonata”.
From only the bassline found in the slow part of the trio and a few fragments of melody, Giazotto magically constructed the Adagio. He published it in 1958, attributing it to Albinoni.

Later, in 1965, he claimed full credit for the work. Today there is still controversy on who to give credit to. I certainly think that Giazotto deserves at least partial credit, if not full, since he had so little to work with. Ironically, this is the piece that Albinoni is most famous for.

Richard Gill on The Value of Music Education


Music educator Richard Gill argues the case for igniting the imagination through music and for making our own music. In this talk, he leads the TEDxSydney audience through some surprising illustrations of the relationship between music and our imagination.