8 Reasons You Should Listen More To Classical Music 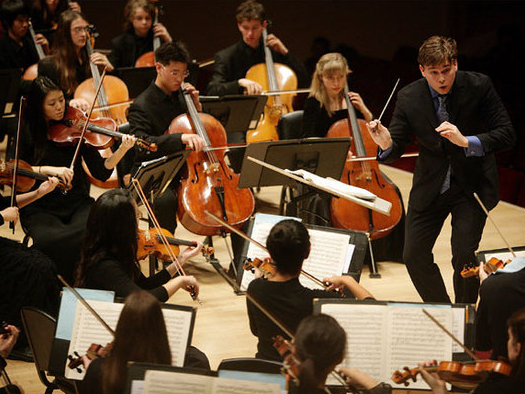 1. It makes your brain work better

At Northumbria University (UK), a research team performed some experiments on students’ brain functioning when doing tests while they listened to Vivaldi’s Spring concerto. They were answering faster and better than when they listened to the sadder Autumn concerto. The conclusion was that brain activity is improved when listening to pleasant and arousing stimuli. If you want to refresh your memory on the uplifting Vivaldi Spring concerto, you can listen to it here.

2. It helps people with dementia

If a loved one suffers from dementia or Alzheimer’s, it is well worth noting the studies showing how music can help them to regain memories and enormously improve their quality of life. Watch the video here of a man who was brought back to life by listening to music he loved in the past. If your loved one was particularly fond of any music, classical or non, they can be enormously helped by listening to the same music. The explanation is that because music affects many parts of the brain, it can reawaken those parts of the brain not affected by dementia. This is especially true when the music is linked to a particular event or memory. It is fascinating to read the book by the late neurologist Oliver Sacks called Musicophilia: Tales of Music and the Brain which explains the phenomenon and recounts many moving stories.

“People with Alzheimer’s disease and other dementias can respond to music when nothing else reaches them. Alzheimer’s can totally destroy the ability to remember family members or events from one’s own life—but musical memory somehow survives the ravages of disease, and even in people with advanced dementia, music can often reawaken personal memories and associations that are otherwise lost.”- Oliver Sacks

3. It can help you sleep better

There are many studies on the beneficial effects of classical music on sleep quality. One study shows that a group of students who listened to relaxing classical music were getting much better sleep quality than when they were exposed to an audio book, for example. Researchers are convinced that music is better than verbal stimuli for the purposes of relaxing body and mind before sleep.

4. It can calm you down when driving

Are you prone to road rage at times? The German government is worried about the high number of road accidents on the country’s motorways (2.4 million annually). Many of these accidents are caused by aggressive driving and road rage. To counteract this, the German Ministry of Transport has released a CD for drivers which features Mozart’s Piano Concerto No.21. played by the Minister himself! He hopes that the soothing effects of music will calm drivers down. (Fun fact: There is no word in German for road rage). Let us hope they will not need it now.

5. It can help reduce pain

Various studies show that listening to music can reduce post operative and chronic pain especially after surgery. It will never replace painkillers of course but will be a great help in reducing depression, disability and pain. The reason seems to be that it can help to tune out the pain by increasing the brain’s reward center, thereby alleviating the sensation of pain.

“One good thing about music, is when it hits you, you feel no pain.”- Bob Marley

6. It can help you express your emotions.

“If music be the food of love, play on, Give me excess of it.” – William Shakespeare, Twelfth Night

Music can express what we may never be capable of verbally and thank goodness for that. We may have to struggle with anger, love, depression and many other emotions and feelings. When we connect with music, we can begin to cope. It helps us to be more honest with ourselves. Research at The Southern Methodist University shows that when listening to classical music, undergraduate students were more communicative and open about their emotions. Everyone has their favorite playlist to help them when they feel romantic, lazy or exhausted. Listening to classical music helps you express your emotions in unique ways.

“Unexpressed emotions will never die. They are buried alive and will come forth later in uglier ways.” – Sigmund Freud

7. It can help blood pressure

It is fascinating to discover that cardiologists have found a connection between Beethoven’s Ninth Symphony and our blood pressure levels. They found that this piece and many other classical music pieces are in natural sync with our own body’s natural rhythm and that helps to keep blood pressure at optimal levels. Professor Bernardi at the University of Pavia in Italy has done some interesting research on this.

8. It can help people on diets

You now how difficult it is to eat slowly, chew your food properly, and really enjoy it. Playing soft music and dimming lights in dining areas has been found to help people enjoy their food more and eat less! This is the main result of a study carried out at Cornell University. On the other hand, places like fast food joints use brighter lights to encourage fast eating and more profit for the business. You can improve the way you experience food by being more intentional in the way you eat, including playing soft music during meals.

The Composer and his Muse: Gustav and Alma Mahler 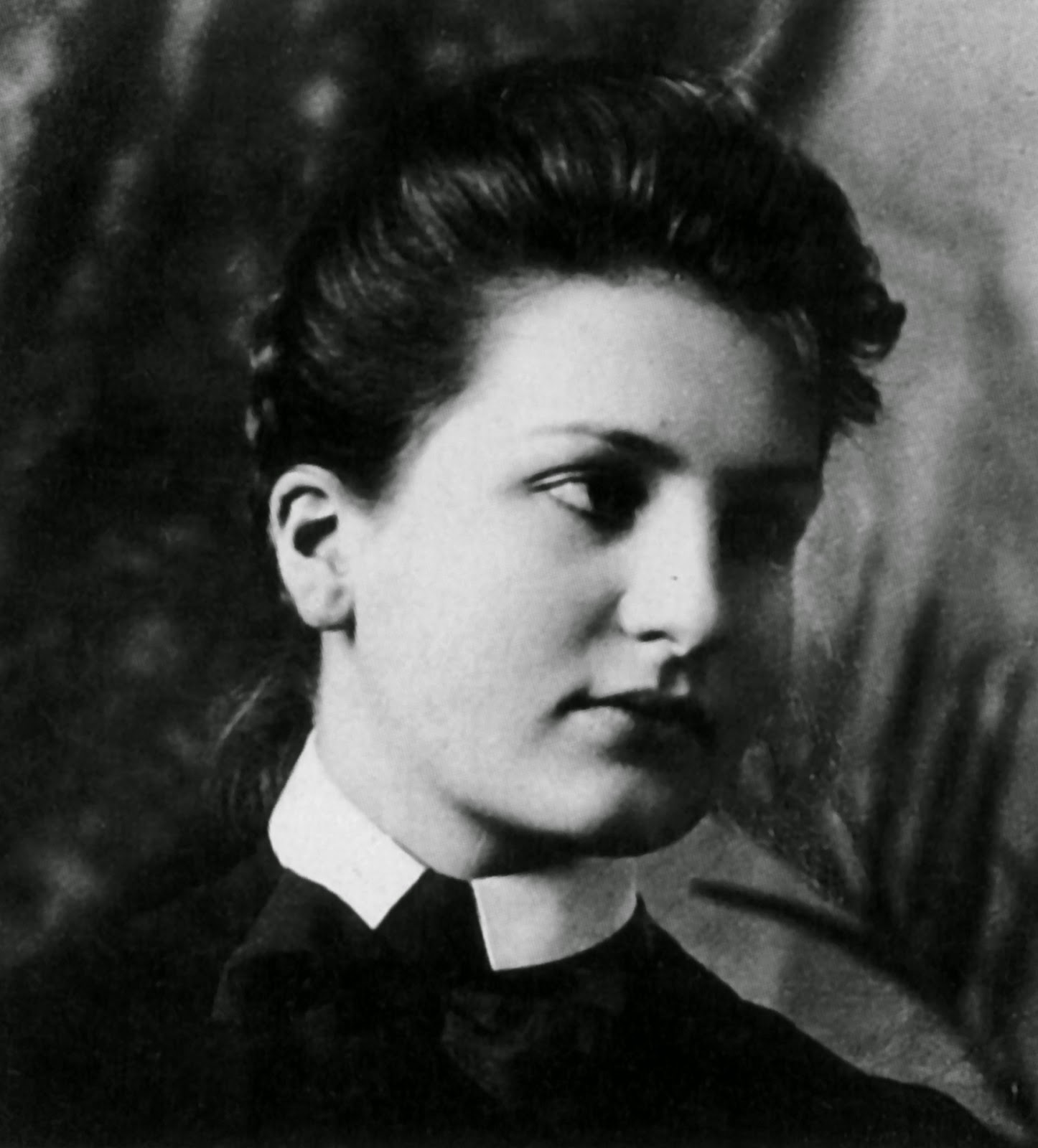 Not just the inspiration behind several of Gustav Mahler’s symphonies, Alma Mahler-Werfel (née Schindler) was the ultimate groupie of the twentieth century's European artistic elite, serving as muse to visionary men in many creative fields.  When Mahler first met her, she was already a renowned beauty in Viennese intellectual circles, with the painter Klimt wrapped around her little finger and an affair underway with her composition teacher Alexander von Zemlinsky. 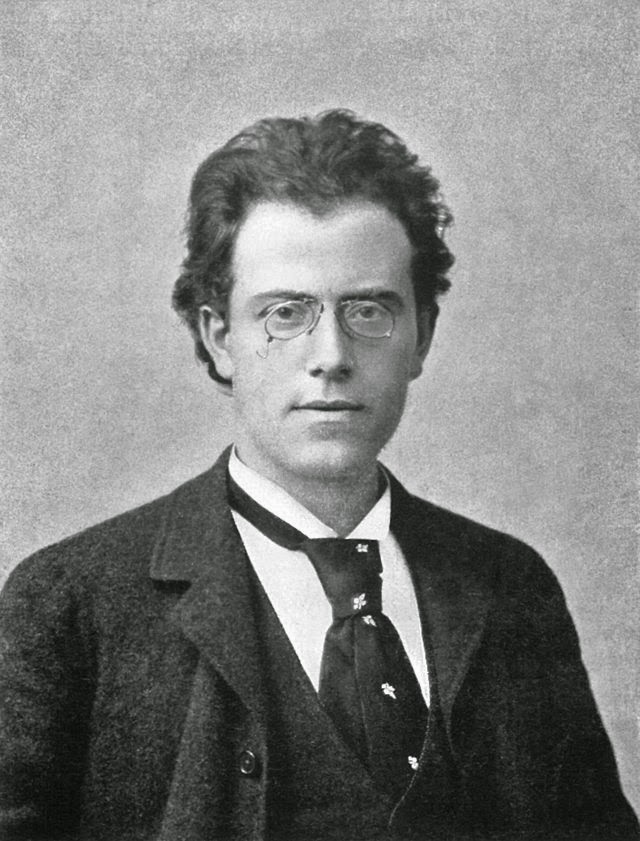 During his second season in Vienna, Mahler acquired a spacious modern apartment on the Auenbruggerstrasse and built a summer villa on land he had acquired next to his new composing studio at Maiernigg. In November 1901, he met Alma Schindler, the stepdaughter of painter Carl Moll, at a social gathering that included the theatre director Max Burckhard. Alma was not initially keen to meet Mahler, on account of "the scandals about him and every young woman who aspired to sing in opera". The two engaged in a lively disagreement about a ballet by Alexander von Zemlinsky (Alma was one of Zemlinsky's pupils), but agreed to meet at the Hofoper the following day. This meeting led to a rapid courtship; Mahler and Alma were married at a private ceremony on 9 March 1902. Alma was by then pregnant with her first child, a daughter Maria Anna, who was born on 3 November 1902. A second daughter, Anna, was born in 1904.

Friends of the couple were surprised by the marriage and dubious of its wisdom. Mahler's family considered Alma to be flirtatious, unreliable, and too fond of seeing young men fall for her charms. Mahler was by nature moody and authoritarian—Natalie Bauer-Lechner, his earlier partner, said that living with him was "like being on a boat that is ceaselessly rocked to and fro by the waves". Alma soon became resentful that, on Mahler's insistence that there could only be one composer in the family, she had given up her music studies. She wrote in her diary: "How hard it is to be so mercilessly deprived of ... things closest to one's heart". Mahler's requirement that their married life be organised around his creative activities imposed strains, and precipitated rebellion on Alma's part; the marriage was nevertheless marked at times by expressions of considerable passion, particularly from Mahler.

The Adagietto of Mahler’s Fifth Symphony is dedicated to his young wife in what friends and contemporaries described as a “declaration of love”.

The Sixth may be subtitled Tragische but, ironically, his most pessimistic symphony was composed in 1903-4 during a period of relative domestic bliss and features a soaring melody widely known as the “Alma theme”.

He also dedicated the Eighth Symphony of a Thousand to his wife.

In June 1910, after becoming severely depressed in the wake their daughter  Maria's death who died of scarlet fever or diphtheria, Alma began an affair with the young architect Walter Gropius (later head of the Bauhaus), whom she met during a rest at a spa.

Alma's affair with the architect Walter Gropius wrenched from Mahler some of his most anguished musical outpourings. The manuscript of his Tenth, unfinished, symphony is littered with annotations of broken-hearted utterances: “Why hast Thou forsaken me?”… “To live for you! To die for you!”

Following the emotional crisis in their marriage after Gustav's discovery of Alma's affair with Gropius, Gustav began to take a serious interest in Alma's musical compositions, regretting his earlier dismissive attitude and taking promotional actions. Gustav edited some of her songs (Die stille Stadt, In meines Vaters Garten, Laue Sommernacht, Bei dir ist es traut, Ich wandle unter Blumen).Upon his urging, and under his guidance, Alma prepared five of her songs for publication (they were issued in 1910, by Gustav's own publisher, Universal Edition).

In February 1911, Gustav fell severely ill with an infection related to a heart defect that had been diagnosed several years earlier. He died on 18 May.