Einstein's mother, Pauline, was an accomplished pianist and wanted her son to love music too, so she started him on violin lessons when he was six years old. Unfortunately, at first, Einstein hated playing the violin. He would much rather build houses of cards, which he was really good at (he once built one 14 stories high!), or do just about anything else. When Einstein was 13-years old, he suddenly changed his mind about the violin when he heard the music of Mozart. With a new passion for playing, Einstein continued to play the violin until the last few years of his life. For nearly seven decades, Einstein would not only use the violin to relax when he became stuck in his thinking process, he would play socially at local recitals or join in impromptu groups such as Christmas carolers who stopped at his home.

Music for fun and physics

Music was not only a relaxation to Einstein, it also helped him in his work. His second wife, Elsa, gives a rare glimpse of their home life in Berlin. “As a little girl, I fell in love with Albert because he played Mozart so beautifully on the violin,” she once wrote. “He also plays the piano. Music helps him when he is thinking about his theories. He goes to his study, comes back, strikes a few chords on the piano, jots something down, returns to his study.”

In later life, his fame as a physicist often led to invitations to perform at benefit concerts, which he generally accepted eagerly. At one such event, a critic – unaware of Einstein’s real claim to fame as a physicist – wrote, “Einstein plays excellently. However,his world-wide fame is undeserved. There are many violinists who are just as good”.

One wag, on leaving another concert in which Einstein had played, commented, “I suppose now [the Austrian violinist] Fritz Kreisler is going to start giving physics lectures”.

There are nevertheless conflicting accounts of his musical abilities. Probably the least generous come from great artists, of whom Einstein counted many as personal friends as well as chamber-music partners. These included the pianist Artur Rubinstein, the cellist Gregor Piatigorski, and Bronislaw Huberman, one of the most remarkable and idiosyncratic violin virtuosos of the 20th century.

In 1936 Huberman visited Einstein in Princeton to discuss his plans to found the orchestra that eventually became the Israel Philharmonic, of which Einstein was a prominent supporter. Probably the summary of Einstein the violinist that comes nearest to the mark comes from his friend Janos Plesch, who wrote, “There are many musicians with much better technique, but none, I believe, who ever played with more sincerity or deeper feeling”.

If you believe the fantastic 1984 movie “Amadeus,” then Mozart’s rival, Salieri, plotted to kill Mozart while helping the younger artist compose the Requiem, as Mozart lay dying. The truth is somewhat different, and the Salieri plot is a creative fiction. The youthful genius apparently completed only the first movement sometime before his death, while the remaining outlines were completed by others. How much Mozart actually did before he died is still subject to much debate.

As you may know, Beethoven eventually lost his hearing. The maestro composed some of his later pieces while literally pounding the piano with his ear close to the keys. When he premiered his magnificent 9th Symphony, he conducted it without hearing a single note. Because of his deafness—and perhaps the fact that he had not conducted in public for 12 years—Beethoven’s conducting was sporadic and unsynchronized with the orchestra. A member of the orchestra even had to turn him around so that he could see the enthusiastic approval of the audience.

People with a passing knowledge of classical music would know this one: Igor Stravinsky’s ballet of pagan springtime rituals sounded, and looked, so bizarre to early 1900s audiences that during its first public performance the audience rioted. It didn’t help matters that the composer and his choreographer came to despise one another. The dance steps, costumes and intricate music didn’t sit well with some in the audience. Soon, supporters and detractors started fistfights, which degenerated into a riot—even though many could no longer hear the music. Musicians were even assaulted. Think about that the next time you hear of an audience going crazy at a rock or rap concert.

The Nazis used parts of Les Preludes to be the official theme song for the propagandistic German Weekly Newsreel service, circa 1940-1945. (Can you imagine watching news footage of Luftwaffe Stukas dive-bombing Soviet troops and towns with The Prelude blaring, just like Wagner’s Ride of the Valkyries was used during the helicopter attack in the movie Apocalypse Now?) 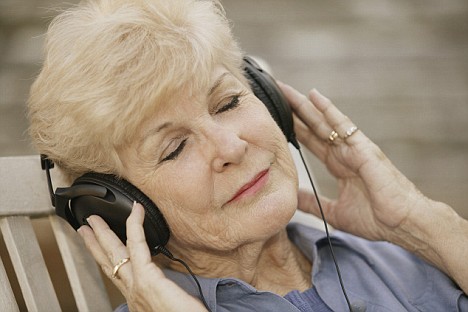 Classical music can be a wonderful thing to experience, with its varying moods and tones, and science actually shows us that classical music in particular can have the power to improve our health. Here are five ways you might benefit from listening to classical music.

Researchers from the University of Oxford presented findings at the British Cardiovascular Society Conference in Manchester recently that certain genres of music appear to lower blood pressure. The researchers believe that the key may be the 10-second repeated rhythm that is found in many classical works such as Va Pensiero, Nessun Dorma, and Beethoven’s 9th Symphony. Classical music that had a faster rhythm, such as Verdi’s Four Seasons, did not produce this effect.

The researchers caution that their findings need more extensive testing, but this may be the underlying reason why classical music has been shown to have various other benefits, and so has been greeted with cautious optimism by other researchers.

Research has shown that stress-related insomnia can be tough to beat if we don’t resort to medication, however controlled studies have shown that students who listen to classical music tend to sleep better and sometimes for longer (in terms of unbroken sleep) than those who listen to things like audiobooks or nothing at all. It’s unlikely that classical music alone will cure a chronic case of insomnia, but it might be that if you’re just having a rough patch, classical music could form part of an improved sleep routine.

3. Classical Music May Help Calm Your Road Rage (But There’s a Catch)

Due to the fact that classical music is calming, some therapists have recommended classical music as part of a stress reduction program for people who experience what’s often termed “road rage.” Interestingly, a recent study actually showed that music by popstars like Adele might offer even more of a calming effect, and other studies show that soft-rock may have a similar impact.

However, being too relaxed on the road can be a bad thing. One study has shown that classical music might actually be too soothing and could put the average driver in danger of becoming complacent, so if you do listen to classical music while driving, try to go for lively pieces that will keep you engaged.

4. Classical Music Won’t Improve Your Memory But it Could Help You Study Better

The idea that listening to certain kinds of music can help improve your memory or even raise your intelligence has actually been disproved. Researchers have repeatedly tested the so-called Mozart effect, and found that it doesn’t hold true–or, at least, not in the way that we traditionally perceive improved brain performance. However, what the research does show is that well-chosen background music can help to make for a better study experience which in turn might lead to better fact retention and cognitive performance. It doesn’t have to be Mozart or even classical music though, as genres like soft jazz and other mostly instrumental music with a gentle tempo tend to aid concentration.

It’s not going to be a substitute for medical help if you have a mental health condition, but incorporating music as part of your own wellness strategy might be a good idea. Some studies have shown that classical music and other, so called softer music, might be good for helping to ease depressive states. The reason why that might be isn’t fully understood, but some researchers think it’s because it helps us to regulate our breathing better and generally relaxes us in ways that other interventions can’t. As above, classical music also improves sleep quality, and this in turn is a known benefit for combating mood disorders. Other studies have shown that music in general helps to elevate our moods.

This is not to say that other musical genres don’t have their worth. In fact, science shows that rap music and heavy rock may be particularly good if you are working out because its tempo can help you keep your heart rate up which, if safely managed, can ensure you’re getting the maximum benefits from a fat burning workout.