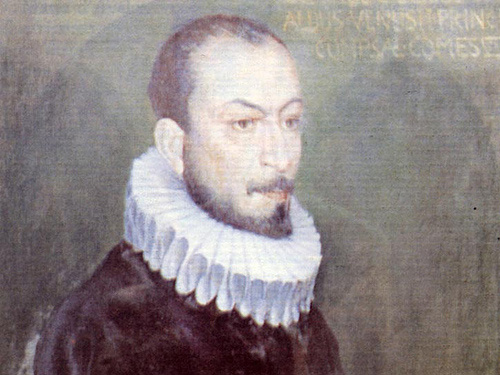 As a musician he is best known for writing intensely expressive madrigals and pieces of sacred music that use a chromatic language not heard again until the late 19th century.

Gesualdo  published six books of madrigals and three books of sacred pieces. He turned out to be one of the most complexly imaginative composers of the late Renaissance, indeed of all musical history. The works of his mature period—he died in 1613, at the age of forty-seven—bend the rules of harmony to a degree that remained unmatched until the advent of Wagner.

He is also known for his cruelty and lewdness: the best known fact of his life is his gruesome killing of his first wife and her lover upon finding them in flagrante delicto. The fascination for his extraordinary music and for his shocking acts have gone hand in hand.

Four hundred years after the brutal crime, the police report still makes for shocking reading. Gesualdo’s wife and first cousin, Donna Maria d’Avalos, was stabbed multiple times. The body of her paramour, the handsome Duke of Andria, was found dressed in her nightgown, and both mutilated corpses were put on display in front of the palace. Some accounts have Gesualdo murdering his infant son, having doubted the young boy’s paternity.

Escaping prosecution because of his noble status, Gesualdo returned to Venosa and lived as a recluse.

The composer’s most influential fan was Igor Stravinsky, who, in 1960, wrote a piece called “Monumentum pro Gesualdo,” and, eight years later, contributed a preface to Glenn Watkins’s scholarly study “Gesualdo: The Man and His Music.”

The fascination has hardly abated in recent decades. There have been no fewer than eleven operatic works on the subject of Gesualdo’s life, not to mention a fantastical 1995 pseudo-documentary, by Werner Herzog, called “Death for Five Voices.”

The story behind the dedication of Beethoven’s third symphony is the stuff of musical legend.

‘Napoleonic’ certainly describes the scale on which Beethoven conceived the work – he even sketched out a programme of Bonaparte’s life within the symphony’s movements – until the moment in 1804 when he was informed that Napoleon had styled himself Emperor. The original dedication to Bonaparte was defaced: Beethoven announced that Napoleon was “a tyrant”, who “will think himself superior to all men”, and re-named the symphony the “Eroica”.

The symphony was also controversial musically, causing Beethoven’s great admirer Hector Berlioz to exclaim at one point “if that was really what Beethoven wanted… it must be admitted that this whim is an absurdity!”

Absurd or otherwise, the Eroica stands as one of the most important cultural monuments of all time.

The Battle of the Sopranos 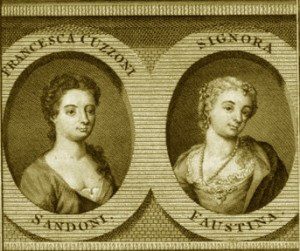 The opera house has always been rowdier than the concert hall, but even so the riot at the King’s Theatre Haymarket on June 6 1727 has gone down in history. On stage were two great rival sopranos, Faustina Bordoni and Francesca Cuzzoni, who fought a “horrid and bloody battle”, according to one eyewitness. As did their supporters.

In Handel's opera Alessandro (1726) the importance of the two ladies' roles had to be very carefully balanced, which at one point in the opera's plot made Senesino, playing the name part, look a complete fool. Her rivalry with Faustina, fanned by the press, eventually became scandalous when, in a performance of Bononcini's Astianatte (6 June 1727), attended by princess Caroline, "Hissing on one Side, and Clapping on the other" gave rise to "Catcalls, and other great indecencies". Such was the rumpus that the performance, and the rest of that opera season, were abandoned. The satirical pamphleteers had a field day, depicting the two prime donne exchanging insults and pulling at one another's head-dresses, though recent research has revealed that it was the ladies' rival supporters, rather than the singers themselves, who were the cause of the disturbance.

Auber’s opera La Muette de Portici (The Mute Girl of Portici) caused barely a murmur when it opened in Paris in 1829. But when it was performed at La Monnaie Opera House in Brussels in 1830, revolutionary feelings were in the air, and the aria “Sacred Love of One’s Country” sparked the July revolution that led to Belgian independence.