The top C in Allegri's Miserere

There you are, just chilling out with a bit of 17th century choral music like any self-respecting person would do, and then all of a sudden, BAM! High C! Emotional overload! Skip straight to it by pressing play below…

The climax of Beethoven's 9th Symphony Everyone sing along!

"Freude, schöner Götterfunken, Tochter aus Elysium!" This is such a fist-pumping moment. How fist-pumping? Well, it's supposed to encapsulate the joy of humanity, of being alive, Germanic might, the brotherhood of man and basically all worldly positivity, which is a pretty tall order. Does Beethoven manage it? Take a listen… (the answer's 'yes', by the way.)

How can one chord redefine the way we think about music? Well, it's simple. All Wagner did when he plonked this gorgeous little progression into the opening of his opera Tristan und Isolde was use an augmented fourth, an augmented sixth and an augmented ninth above the root to imply a completely different harmonic relation. Easy, yeah? Oh, just listen to it…


Don Giovanni is dragged to hell

Much of Mozart's Don Giovanni is actually quite humorous, with amorous japes and farce aplenty, but things take an incredibly sinister turn right at the end when the Don himself (think of him as a folkloric version of Russell Brand with comparable dress-sense) is finally forced to atone for his sins. There's a slow knock at the door, Giovanni opens it and is confronted with a stone statue of the Commendatore, who drags the screaming Don into the fiery netherworld. Yikes! 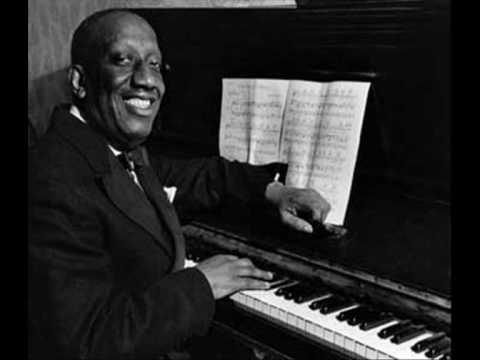 James P. Johnson is one of those great unsung American creators who, for various reasons, led a life under the radar. He suffered several strokes during his lifetime and was a quiet, retiring personality in a field of extroverts. But his talent, both as pianist and as composer, was bigger than life. He essentially invented what we today call stride piano style, whereby the pianist's left hand jumps absurd distances to cover the entire lower half of the piano.

Johnson's piano roll of his hit tune "Carolina Shout" became the measuring stick for every up-and-coming piano player. Duke Ellington learned his fingerings from feeling along as Johnson's piano roll played in slow motion, and Johnson himself blew everyone away in "cutting contests" (the virtuosic piano-playing marathons) up until Art Tatum emerged on the scene.

After his friend George Gershwin had such success with "Rhapsody in Blue," James P. Johnson thought he'd try his hand at writing a piece for jazz piano and orchestra. Johnson's piece is called "Yamekraw, A Negro Rhapsody." It has some of the same exuberent bubble and bounce you might know from the Gershwin and it makes a fascinating counterpoint to "Rhapsody in Blue."

In addition to composing the singular piece of music that came to symbolize the 1920s in America, "The Charleston," Johnson aspired to compose music for symphony orchestra and had actually written several orchestral pieces that were premiered at Carnegie Hall in the early 1940s.

This was the long-lost music from that Carnegie Hall concert! 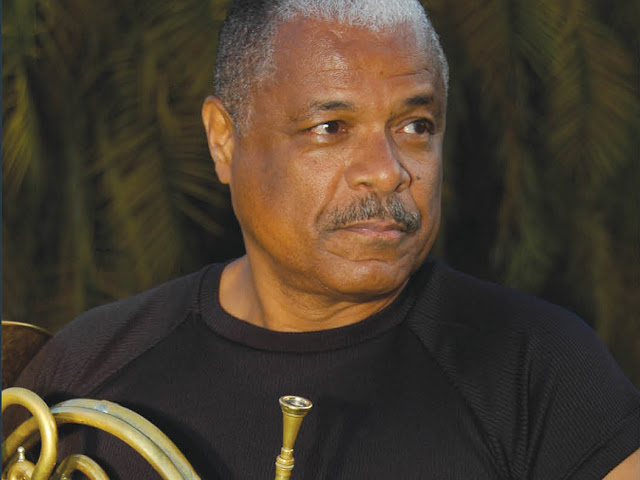 Robert Lee Watt fell in love with the French horn at an early age. He met a lot of resistance from people who thought his background and his race made a career with the instrument unlikely — but he went on to become the first African-American French hornist hired by a major symphony in the United States.

He became the assistant first French horn for the Los Angeles Philharmonic in 1970, and stayed with the orchestra for 37 years. His memoir, The Black Horn, tells how he got there.

But then Watt discovered a French horn in the basement of the local community center, and asked his father what it was.

"He says, 'French horn — that's a middle instrument, it never gets the melody. And besides, it's for thin-lipped white boys. Your lips are too thick,' " Watt remembers.

Despite his father's dismissal of the French horn, Watt was drawn to the instrument.

"It gives me chills," Watt says. "It just really touched me."

Today, symphony auditions are "blind," featuring screens between musicians and the committee judging them. That wasn't the case back when Watt started his career, and he wasn't sure that, given his race, he'd even have a chance in auditions.

He tells NPR's Karen Grigsby Bates how one teacher encouraged him to audition anyway, and how he overcame skepticism within and outside the world of classical music.

I think it was toward the end of the third year, my teacher came to me and said "I think it's time for you to start looking for a job." And I said, "Doing what?" And he says, "Playing your horn, dummy." And so my teacher — who just passed away a few months ago, by the way, at age 100 — was very paternal for me.
Robert Lee Watt was a member of the Los Angeles Philharmonic for more than three decades. i

On racial tensions he faced in the Los Angeles Philharmonic

Most people were fine. They just — there were things that [were] what James Baldwin would call ignorant and innocent at the same time. ... I do remember meeting a concert pianist and he says he almost fainted when he saw me sitting there. He says, "You're so starkly black [against all the orchestra's white faces], there you were in the LA Philharmonic." ...

I had a nickname ... Boston Blackie. No one had ever called me that personally but many people came to tell me that that's how I was referred to.

And then there was a Chinese guy, very young, came up to me and he said, "Welcome. Bob, now that you're here, try and get as many black people where you are." He says, "That's how things change." And he became my first friend in the orchestra.

On what he wants people to take away from the book

In my hometown people would say things like, "You wanna play French horn, I see. Have you seen anyone else doing it?" I said, "No." ... That was the mentality in my hometown. If it's different, right away, you're going to get resistance.

Or, in the case of my father, it was fear. Because my father, I found out just before I went to conservatory, that he actually auditioned for Juilliard. He bolted out of the audition because he ... could play bands, he could read Sousa marches and he could play in the jazz band, but ... he wasn't classically trained trumpet. So it created a fear and a stigma, so when I come along a generation later saying, "I want to play French horn," he thought, "You think they're gonna take you?
You'll see."