10 Positive Benefits Of Listening To Music, According to Science 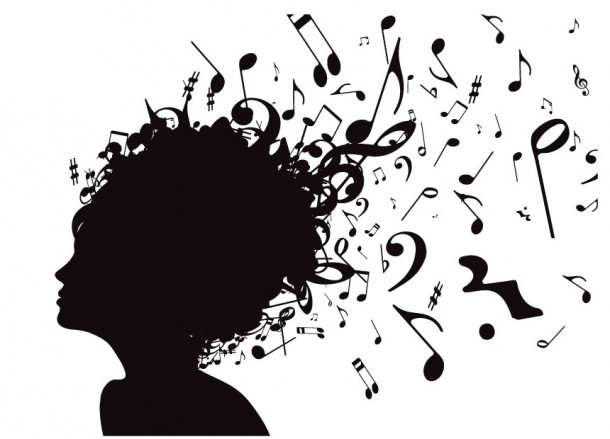 Why do we live for live music? On the molecular level, research shows that listening to music improves our mental well-being and physical health.

How Music Can Be Used To Influence Different Mood Goals

Enjoyment goes far beyond the present moment, as it directly influences the outcome of our hormones and cognitive functioning. While research has suggested that people who play instruments are smarter, there are also plenty of benefits for the music enthusiasts.

Here is a list of 10 benefits to listening to music:

This might seem obvious, but the natural chemical reasoning is pretty incredible to think about. If you are ever in need of an emotional boost, let it be known that it only takes 15 minutes of listening to your favorite tunes to get a natural high. This is because your brain releases dopamine, a neurotransmitter that leads to increased feelings of happiness, excitement, and joy, when you listen to music you like.

If that's what you're into... Scientists found that runners who listened to fast or slow motivational music ran faster than runners who listened to calm music (or ran without any music at all) in an 800-meter dash. The key to enhancing your running performance lies in the choice of music, that being something that inspires you to move forward.

Music has a direct effect on our hormones. If you listen to music you enjoy, it decreases levels of the hormone cortisol in your body, counteracting the effects of chronic stress. Stress causes 60% of all illnesses and diseases, so lower levels of stress mean higher chances of overall well-being.

One study even showed that a group of people playing various percussion instruments and singing had boosted immune systems compared to the people who were passively listening; while both groups' health was positively affected by music, the group playing instruments and/or singing had better results.

For maximum benefits on a stressful day, turn on some music and sing along. Don't be shy to break out the air-guitar!

Over 30% of Americans suffer from insomnia. A study showed that listening to classical or relaxing music within an hour of going to bed significantly improves sleep, compared to listening to an audiobook or doing nothing before bed. Since we know music can directly influence our hormones, it only makes sense to throw on some Beethoven (or Dark Side of The Moon?) before bed when in need of a good night's sleep.

Music has a direct effect on our hormones; it can even be considered a natural antidepressant. This is because certain tunes cause the release of serotonin and dopamine (neurotransmitters) in the brain that lead to increased feelings of happiness and well-being. It also releases norepinephrine, which is a hormone that invokes feelings of euphoria.

More than 350 million people suffer from depression around the world, and 90% of them also experience insomnia. The above research also found that symptoms of depression only decreased in the group that listened to classical or relaxing music before going to bed.

Another study demonstrated that certain types of music can be beneficial to patients with depressive symptoms. Interestingly, while classical and relaxing music increased positive moods, techno and heavy metal brought people down even more.

According to research, the combination of soft lighting and music leads people to consume less food (and enjoy it more). Music as the next trending diet? Sounds easy enough!

7. Music Elevates Your Mood While Driving

Who isn't guilty of blasting Phish on the highway? A study found that listening to music positively influences your mood while driving, which obviously leads to safer behavior and less road rage. So be sure to turn up the "Reba" jams!

A study showed that 90% of children between the ages of 4 and 6 had significantly increased verbal intelligence after only a month of taking music lessons, where they learned about rhythm, pitch, melody, and voice. The results suggest that the music training had a "transfer effect" that increased the children's ability to comprehend words, and even more, explain their meaning.

Another study showed similar results in musically trained adult women and children that outperformed a group with no music training on verbal memory tests.

Research suggests that taking music lessons predetermines high academic performance and IQ scores in young children. The study surveyed a group of 6-year-olds who took keyboard or vocal lessons in small groups for 36 weeks. The results showed they had significantly larger increases in IQ and standardized educational test results over that time than children who took other extracurricular activities unrelated to music. The singing group showed the most improvement.

Email ThisBlogThis!Share to TwitterShare to FacebookShare to Pinterest
Labels: Benefits of Listening to Music, music and science, Music and the Brain

5 of the best symphonies of all time! 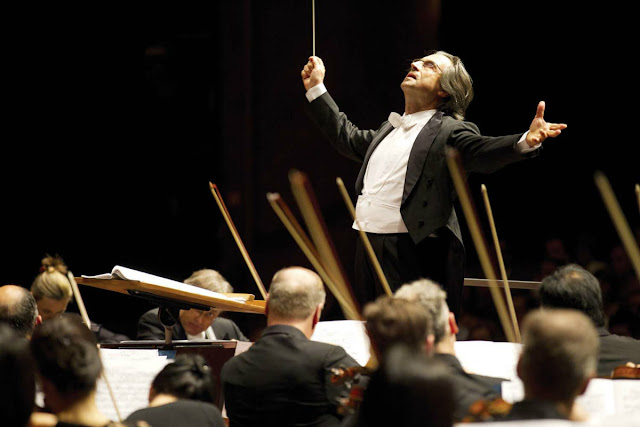 These are the greatest symphonies of all time - the biggest, most emotional, most impressive and plain-old flabbergasting works ever written.

Is it even a symphony? Isn't it a symphonic fantasy or a tone poem? Does its five-movement structure actually take it a step away from the idiom? It doesn't matter. What matters is that Berlioz ingested a boatload of opium and wrote one of the most insane pieces of music to come out of the romantic period, while managing to make it a total hit and an artistically sound statement.

Apart from the Eighth Symphony, this symphony was Mahler's most popular and successful work during his lifetime. It was his first major work that established his lifelong view of the beauty of afterlife and resurrection.

When the dust had settled from Brahms' first symphony (he was heavily touted in his day as the successor to Beethoven's top-dog status in symphony land), he set about creating one of the most consistent sets of symphonies in history. The fourth and final, composed up a mountain in 1884, has to be the best one though. It silenced critics who thought Brahms was too musically conservative, it proved to be one of his most emotionally daring works and it sealed his reputation as one of the great masters of the symphony.


It was the last symphony that he composed, and also the longest.The 41st Symphony is the last of a set of three that Mozart composed in rapid succession during the summer of 1788 and was also his best. It's no coincidence that it's subtitled 'Jupiter', either: it's a beast. Mozart threw absolutely everything at this epic. Marvel at the five-theme fugal ending! Gasp at the quotations of plainchant motifs! Recoil in wonder at the majesty of it all!

Ludwig van Beethoven's final complete symphony. Completed in 1824, the symphony is one of the best-known works in classical music. Among critics, it is almost universally considered one of Beethoven's greatest works, and many consider it one of the greatest compositions in the western musical canon.

The symphony was the first example of a major composer using voices in a symphony, (thus making it a choral symphony). The words are sung during the final movement by four vocal soloists and a chorus. They were taken from the "Ode to Joy", a poem written by Friedrich Schiller in 1785 and revised in 1803, with additions made by the composer. Today, it stands as one of the most played symphonies in the world.