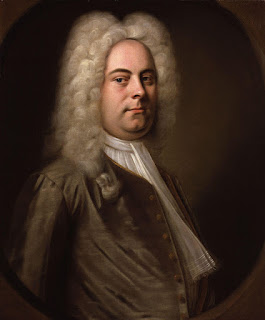 George Frideric Handel (1685-1759) Born the same year as Johann Sebastian Bach and Domenico Scarlatti, Handel is regarded as one of the greatest composers of the Baroque era, with works such as Messiah, Water Music, and Music for the Royal Fireworks remaining steadfastly popular.

He is consistently acknowledged as one of the greatest composers of his age. He contributed to virtually every vocal and instrumental genre in his time, and decisively invented and shaped the evolution of the English oratorio. Handel consolidated the main European styles of his day, always relying on his extraordinary gift for melody. There is mysterious simplicity in Handel’s music, one that marries sensuousness and the spiritual. Frequently probing “the human response to the divine,” his music is illuminated with a great sense of humanity. For Ludwig van Beethoven, “Handel was the greatest composer that ever lived.” As such it is hardly surprising that Beethoven would pour his veneration into a set of variations based on one of Handel’s most famous tunes.


The Harmonious Blacksmith is the popular name of the final movement, Air and variations, of George Frideric Handel's Suite No. 5 in E major, HWV 430, for harpsichord. This instrumental air was one of the first works for harpsichord published by Handel. One of the enduring mysteries of classical music as to why and how the final movement of Handel’s Suite No. 5 for harpsichord acquired the nickname “The Harmonious Blacksmith.” The name certainly did not originate with Handel, and seems to have been first recorded in the early 19th century. One popular legend suggests that Handel once took refuge from a thunderstorm in a smithy, and upon hearing the hammer on the anvil was inspired to write the tune. It’s a good story, but sadly, it originated almost 75 years after Handel’s death. And then there is William Lintern, a blacksmith’s apprentice from Bath who later took up music and published the work under his own nickname, “The Harmonious Blacksmith.” This inspirational story also runs into some authentication problems, but the tune certainly achieved a high degree of popularity.  Read more

In August 1750, on a journey back from Germany to London, Handel was seriously injured in a carriage accident between The Hague and Haarlem in the Netherlands. In 1751 one eye started to fail. The cause was a cataract which was operated on by the great charlatan Chevalier Taylor. This did not improve his eyesight, but possibly made it worse. He was completely blind by 1752. He died in 1759 at home in Brook Street, at age 74. The last performance he attended was of Messiah. Handel was buried in Westminster Abbey. More than three thousand mourners attended his funeral, which was given full state hon ours.  Read more 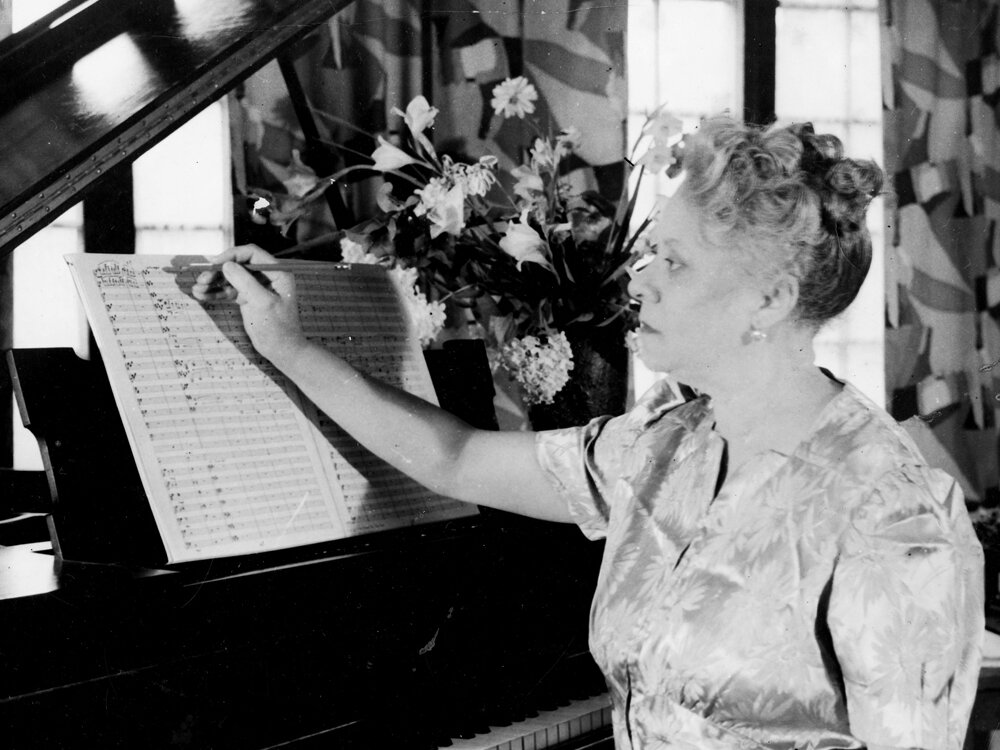 In 1933, the Chicago Symphony Orchestra gave the world premiere of Symphony No. 1 by a then little-known composer named Florence Price. The performance marked the first time a major orchestra played music by an African-American woman. Price's First Symphony, along with her Fourth, has just been released on an album featuring the Fort Smith Symphony, conducted by John Jeter. Fans of Price, especially in the African-American community, may argue that her music has never really been forgotten. But some of it has been lost. Not long ago, a couple bought a fixer-upper, south of Chicago, and discovered nearly 30 boxes of manuscripts and papers. Among the discoveries in what turned out to be Price's abandoned summer home was her Fourth Symphony, composed in 1945. This world-premiere recording is another new piece of the puzzle to understanding the life and music of Price, and a particular time in America's cultural history.

Price was born in 1887 in Little Rock, Ark. Her mother gave her music lessons since none of the leading white teachers in town would take her. In 1904, Price enrolled at the New England Conservatory in Boston, one of the few music schools to accept black students at the time. After earning two diplomas, she returned to Little Rock, where she taught, got married, and began raising a family. But racial tensions were on the rise, and a downtown public lynching in 1927 triggered a move to Chicago.

There, Price blossomed as a composer. Her First Symphony won a composing prize, which caught the attention of conductor Frederick Stock, who led the premiere of the piece with his Chicago Symphony Orchestra. The music is a blend of two traditions — African-American and European. The opening movement is reminiscent of Dvorak's "New World" Symphony, with its portentous sweep and lyrical melodies.

Price might be searching for her own voice in her First Symphony, but she adds distinctive touches. Cathedral chimes glisten in the serene slow movement, where a brass choir converses with delicate winds. In the third movement, African drums accompany a syncopated "Juba Dance," a folk tradition that originated in Angola and moved, with slaves, to American plantations.

Price and her music were well received in Chicago. The great contralto Marian Anderson closed her legendary 1939 Lincoln Memorial concert with a piece arranged by Price. Still, she scraped to make ends meet, writing pop tunes and accompanying silent films. In 1943, she sent a letter to Serge Koussevitzky, conductor of the Boston Symphony Orchestra, acknowledging what she was up against. "I have two handicaps," she wrote: "I am a woman and I have some Negro blood in my veins."

But Price pushed on. Two years later, she wrote her final symphony, the newly resurrected Fourth. In the opening movement, she quotes one of the most famous spirituals, "Wade in the Water." Price adds another "Juba Dance" for the third movement, and concludes with a bustling Scherzo that alternates serious and lighthearted episodes, ending with a bang.

Florence Price was celebrated in her day. But her untimely death in 1953, and the amount of music she composed but was never heard, helped dim her reputation over the years — until now. Tucked away in those 30 recently discovered boxes are some 200 compositions, which librarians and scholars are currently poring over. Clearly, Florence Price's story is far from over.

Five black composers whose works you should know.

In the past 200 years, dozens of prominent black composers from America and other parts of the African diaspora have fought to be recognized by the western classical tradition. The earliest example is Chevalier de Saint-Georges (1745-99). Born in Guadeloupe, the son of a wealthy plantation owner and a female slave, Saint-George was brought to France at a young age. As well as being a champion fencer, a violin teacher to Marie Antoinette and a colonel in the republican army, his prodigious musical talents led to him being dubbed “le Mozart noir”. He was a prolific composer (with several operas, 15 violin concertos, symphonies and numerous chamber works to his name) and a rare French exponent of early classical violin composition.

George Bridgetower aka Bridgewater (1778-1860), a violinist of African origin
born inpresent-day Poland. By the age of nine, his father (who was probably born in Barbados) had taken him to London, where he was shown off as a child prodigy, performing in front of the likes of Thomas Jefferson and George IV. Several of Bridgewater’s compositions survive, although few have been recorded. His story was also the basis for a 2007 opera, written by Julian Joseph.

Samuel Coleridge-Taylor (1875-1912) was born in Croydon, the son of a white English mother and a Creole man from Sierra Leone. As a violin scholar at the Royal College of Music, he was taught composition under Charles Villiers Stanford and soon developed a reputation as a composer, with Edward Elgar recommending him to the Three Choirs festival in 1896. By the time he died of pneumonia – aged only 37 – he had already toured America three times and performed for Theodore Roosevelt at the White House.

Compositions such as Coleridge-Taylor’s African Suite attempted to incorporate African influences in the same way that, say, Dvorák used Hungarian folk themes, but much more successful is Hiawatha’s Wedding, which is occasionally performed today. Even better are Coleridge-Taylor’s works for violin and orchestra, which are elegant pieces of fin de siècle romanticism.

An opera composer, conductor, impresario and teacher. He was the first African-American to write an opera (Epthalia, 1891) that was successfully produced. Freeman founded the Freeman School of Music and the Freeman School of Grand Opera, as well as several short-lived opera companies which gave first performances of his own compositions. During his life, he was known as "the black Wagner."

Often referred to as "the Dean" of African-American composers, Still was the first American composer to have an opera produced by the New York City Opera. Still is known most for his first symphony, which was until the 1950s the most widely performed symphony composed by an American.