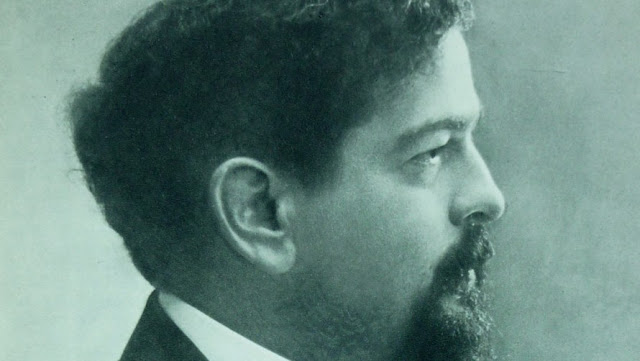 Born in 1862, Claude-Achille Debussy was one of the most important French composers ever to sit at a piano, but he also boasted a romantic history to make even the most salacious tabloid journalist salivate.

Aged just 18 Debussy began an eight-year affair with Blanche Vasnier, wife of a wealthy Parisian lawyer. After Blanche, Debussy lived ‘in sin’ with Garielle Dupont, a tailor’s daughter from Lisieux. He cheated on Gaby with Thérèse Roger (to whom he was briefly engaged) before leaving her for her friend, fashion model Rosalie Texier, whom he did eventually marry. Rosalie clearly had the looks but not the brain to interest Debussy long-term, and she was soon packed back to her father’s home when Debussy met the captivating Emma Bardac, the mother of one of his students and wife of a Parisian banker. It’s something of an understatement to say that Rosalie did not take the rejection well. She shot herself in the chest while standing in the middle of Paris’s Place de la Concorde. Amazingly she survived this violent suicide attempt, but the bullet stayed lodged in her spine until her death 28 years later.


This was one scandal too many for Debussy. He and the now pregnant Emma found themselves so unpopular that they were forced to flee to England, before eventually returning to France for the birth of their eponymous daughter Claude- Emma.

When Parisians first heard Debussy’s music they didn’t know what to make of it. It was different to anything they had heard before, but they liked it. His visionary Préludeàl’après-midi d’unfaune premiered in 1894 and even now when you listen to the music, every note is surprising. It sounds incredibly earthy and sensuous, yet deliciously light. Predictably the work was not without its critics, but it got a standing ovation at its premiere and it is still popular today.

Inspired by Stephane Mallarmé’s poem ‘Afternoon of a Faun’, the work tells of a faun trying to seduce two nymphs. The poem is full of the sounds of nature and has a sultry, hazy atmosphere, all of which can be heard in the music. The faun tries to seduce his nymphs with sound by making a flute, an incident from the poem which can clearly be heard in the work. Just as Mallarmé’s Faun inspired Debussy, Debussy’s Faun inspired a ballet by the world renowned Vaslav Nijinsky in 1912.

Though he rejected the term himself, Debussy is considered to be a central figure of the Impressionist movement by music historians.

When Debussy died in Paris in March 1918 after a long illness, Stravinsky honored his colleague with a musical tribute:

“I was sincerely attached to him as a man, and I grieved not only at the loss of one whose great friendship had been marked with unfailing kindness towards myself and my work, but at the passing of an artist who, in spite of maturity and health already hopelessly undermined, had still been able to retain his creative powers to the full, and whose musical genius had been in no way impaired throughout the whole period of his activity.”

When the Parisian Revue Musicale published a memorial supplement to Debussy, Stravinsky submitted a chorale that would, a short while later, form the final section of his Symphonies of Wind Instruments, a single-movement piece for twenty-four woodwind and brass instruments dedicated to the memory of Claude Debussy.

Was this man Beethoven’s ‘Salieri’?

Daniel Steibelt challenged the great composer to a duel.

The 1984 film Amadeus made Antonio Salieri practically a household word. After a couple of centuries of  relative obscurity, Salieri came to be known to moviegoers as the jealous confidant and rival of Wolfgang Amadeus Mozart.

Another musical great, Ludwig van Beethoven, also had a rival, though it’s unclear whether there is a filmmaker out there who is keen on telling his story on the silver screen.

The story of Daniel Steibelt came to light recently, thanks to an article at the website historycollection.co. Steibelt was “a German born classical pianist and composer“ who “apparently also had a huge ego because he challenged the one and only Beethoven to a musical duel in Vienna in 1800,” writes Lindsay Stidham.

Like Salieri, Steibelt achieved a modicum of success in his day. “He rose to great popularity with ‘La Coquette,’ a song he composed for Marie Antoinette,” Stidham writes. The young composer made his way to Vienna in 1800, where he first floated the idea of a duel with his fellow German composer, Beethoven, who accepted the challenge.

The city’s music patrons liked the idea of a duel between Steibelt and Beethoven. Each musician got a Prince to sponsor the idea.

The contest  took place at the home of Austrian nobleman Count Moritz von Fries. Steibelt brought along a string quintet, which performed a stormy composition, and with bravado, he improvised at the keyboard.

Beethoven, not to be outdone, picked up the sheet music from the string quintet, placed it on the piano upside down, and worked out his own improvisation on one of its themes, which he showed up to be overly simplistic. It was clearly the more inspired performance, and the gathering recognized it. Humiliated, Steibelt stormed out of the room while Beethoven was still playing, followed by his prince-benefactor.

Though Steibelt has been an obscure figure in recent years, he went on to have a fairly successful career, even writing music for Napoleon and Russian Czar Alexander I before his death in St. Petersburg in 1823.

But it’s the genius of Beethoven that has stood the test of time.

Seven of the best works by Rachmaninov 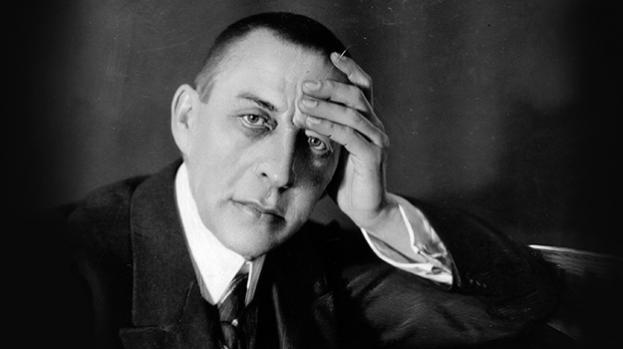 Rachmaninov's compositions were the last representations of the Romantic Style in Russia. Rachmaninov was born into a musical family and studied the piano at the Conservatoire in St Petersburg from the age of nine. Despite the enormous span of his hands, his technique was precise and clear. His incredible skills as a pianist make his compositions some of the most difficult for virtuoso pianists.


Prelude in C sharp minor Op. 3 No. 2
Although less assertive than his later works, the Prelude in C sharp minor won Rachmaninov much of his early popularity and became a frequently requested encore in concert. With its attractive 'dark-hued' disposition, it is impressive that this work was composed even before his graduation from the Conservatoire in St Petersburg in 1891.

Piano Concerto Op. 18 No. 2
Rachmaninov composed his second piano concerto after a particularly low period, professionally and emotionally, spurred by the difficult reception of his first symphony. The piece is notoriously difficult to play (not everyone can span 12 piano keys with one hand!), and was dedicated to his therapist, Dr. Nicolai Dhal, who encouraged him to start composing again despite bouts of depression.

Prelude Op. 23 No. 5
One of 24 movements in this cycle, No. 5 is a brief, melodic and delicate Prelude. The floating melody, which gradually gains momentum, shows something of Rachmaninov's idiomatic piano writing and perhaps even subtle evocations of Debussy's piano music.

'Bogoroditse devo' from his All-Night Vigil
This painfully evocative movement is set to the well-known Ave Maria text taken from the Russian Orthodox All-Night Vigil ceremony. The texture is dense throughout and reaches an emotional climax.

Prelude Op. 32 No. 7
This prelude adopts a mysterious quality thanks to the recurring dotted rhythmic motif. Tonal ambiguity constantly asks the listener to interpret whether the piece leans more towards a major or minor tonal world.

The Isle of the Dead (1908)
This atmospheric orchestral piece shows the ease with which Rachmaninov was able to evoke a sense of place via musical means (tone-painting). Inspired by a painting by Arnold Bocklin, the orchestral colours reflect the sounds of waves and oars as they meet the dark waters, in a characteristically late Romantic style.

Moment Musicaux (1829)
This set of solo piano pieces are similar to miniatures: each moment musical features unique passage work, and sound like separate introspective worlds. The miniature size of these pieces show a more humble side to Rachmaninov's usual bravura virtuoso style.