Copland’s Fanfare for the Common Man

During World War II, the conductor of the Cincinnati Orchestra asked Aaron Copland to create a fanfare to be used to introduce concerts. The conductor had suggested a salute to the common soldier, after similar pieces created by English composers during the First World War, but Copland, instead, sought to make a salute to the Four Freedoms (freedom from fear, want, religion and speech & expression). Finally, he settled on making a salute to the common man. At the orchestra leader’s suggestion, it premiered during income tax season in 1943. Copland later turned the Fanfare into the theme for the fourth movement of his Third Symphony. The now-familiar Fanfare can be heard at rock concerts, the Olympics and political campaign events.

Sometimes, it’s hard to fathom that tunes such as “Row, Row, Row Your Boat” and “Happy Birthday” were actually composed. Even the “wha-wha-waaaah” played on the trumpet was composed! Such is the case with Felix Mendelssohn’s wedding march, part of his incidental music for his A Midsummer Night’s Dream. Most people would recognize this march as the music played for a newly-married couple’s recessional.

Georges Frederic Handel composed three suites to accompany England’s George I, as he and his companions sailed on the Thames River. Handel premiered his compositions in 1717, and, supposedly, the king loved the pieces so much that he had the 50 musicians play them continuously for hours. (That had to hurt.) Thirty years later, Handel composed the Royal Fireworks Suite at the behest of the court of George II, to promote the unpopular treaty ending the War of Spanish Succession. Humorously, during the first official performance of the Fireworks Suite, an elaborate stage built for the show caught fire. 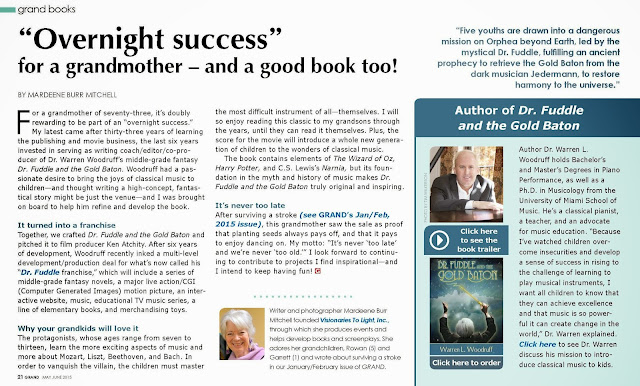 Check Out Grand Magazine Here and Sign up for Free Newsletter!