The Composer and his Muse: Leoš Janáček and Kamila Stösslová, 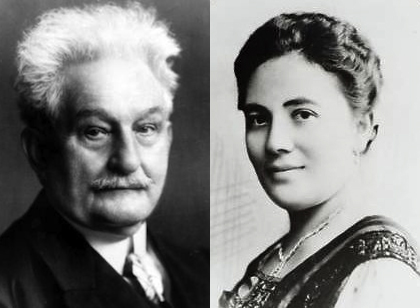 In the Moravian spa town of Luhacovice, where Leos Janácek holidayed every year, one of twentieth-century music’s greatest love stories was born.

Leoš Janáček was a Czech composer, musical theorist, folklorist, publicist and teacher. He was inspired by Moravian and other Slavic folk music to create an original, modern musical style. 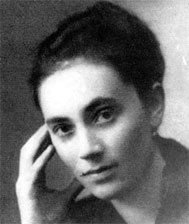 In 1917, the 63-year-old Czech composer met and began his lifelong, inspirational and unrequited passion for Kamila Stösslová, who neither sought nor rejected his devotion. It was Kamila, and not his wife Zdenka, who was responsible for Janácek’s late flowering and the inspiration for the female leads in his operas Kát’a Kabanová (“I always placed your image on K’at’a Kabanova as I was writing the opera; you know that it is your work,” he told her in a letter), The Makropoulos Case and The Cunning Little Vixen. He even envisioned his Glagolitic as a nuptial mass for himself and Kamila. Although it appears the relationship was never consummated, Janácek’s devotion and Kamila’s role as muse is documented in more than 700 letters exchanged over a period of 11 years.


Janáček pleaded for first-name terms in their correspondence. In 1927 she
finally agreed and signed herself "Tvá Kamila" (Your Kamila) in a letter, which Zdenka found. This revelation provoked a furious quarrel between Zdenka and Janáček, though their living arrangements did not change – Janáček seems to have persuaded her to stay. In 1928, the year of his death, Janáček confessed his intention to publicize his feelings for Stösslová. Max Brod had to dissuade him. Janáček's contemporaries and collaborators described him as mistrustful and reserved, but capable of obsessive passion for those he loved. His overwhelming passion for Stösslová was sincere but verged upon self-destruction. Their letters remain an important source for Janáček's artistic intentions and inspiration. His letters to his long-suffering wife are, by contrast, mundanely descriptive. Zdenka seems to have destroyed all hers to Janáček. Only a few postcards survive.

On 29 January 1928 Janáček wrote: "I've begun to work on a quartet; I'll give it the name Love Letters." Two days later he added, "Now I've begun to write something nice. Our life will be in it. It will be called 'Love Letters'. I think that it will sound delightful. […] A special instrument will particularly hold the whole thing together. It's called the viola d'amore--the viola of love. Oh, how I'm looking forward to it! In that work I'll be always only with you! […] Full of that yearning as there at your place, in that heaven of ours!" "So I'm working hard--it's as if I'm living through everything beautiful once again--working on these Love Letters." When he wrote more later, the name of the quartet had changed: "And Kamila, it will be beautiful, strange, unrestrained, inspired, a composition beyond all the usual conventions! Together I think that we'll triumph! […] this piece, Intimate Letters, was written in fire. […] The composition will be dedicated to you; you're the reason for it […]"

This final work was a musical record of their relationship. "The first movement I did already in Hukvaldy. The impression when I saw you for the first time! I'm now working on the second movement. I think that it will flare up in the Luhačovice heat." And then: "I'm writing the third of the 'Love Letters'. For it to be very cheerful and then dissolve into a vision which would resemble your image, transparent, as if in the mist. In which there should be the suspicion of motherhood."


Late in their relationship Janáček gave to Kamila an album in which he wrote music and reminiscences of their times together. The first entry, from 2 October 1927: “So read how we have simply dreamt up our life.” Janáček left the album in Písek so that Kamila could read it and remember him in his absence. At one point Janáček threatened to burn it, but Kamila persuaded him not to. She brought the album to their last meeting in Hukvaldy. The last entry, from two days before he died, reads:

And I kissed you.
And you are sitting beside me and I am happy and at peace.
In such a way do the days pass for the angels.